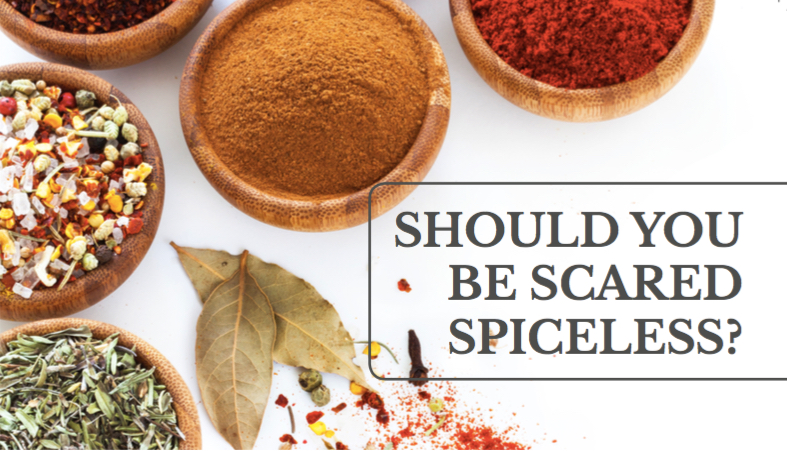 One area of uncertainty for many has been the safety of spices and seasonings. The primary concern revolves around risks and rumours of cross- contamination, gluten containing savouring, and even the potential use of flour as a filler which might be hiding gluten within some products. Gluten may be able to hide on your spice shelf, but with a little caution, you can keep your favourite flavours—and your family—safe.

Seasoning is a blend of spices and/ or herbs that is combined with flavours and other things ingredients like salt, sugar, lactose, starches, or ours, to name a few. Although Canadian food regulations do require any wheat-based ingredients to be declared on the labels, it’s important to know that it does not require to state if there is a possibility for cross-contamination during their processing, so be cautious and do your due diligence by contacting the companies directly.

Closing thoughts: Choose spices and seasoning blends from companies that avoid gluten-containing ingredients, have good manufacturing practices and are willing to make a clear statement about their gluten-free status on their labeling. Be extra cautious with spices and seasonings from bulk bins, as cross- contamination can easily happen.

Spices normally do not contain gluten in their natural state; however, in rare cases, spices can be contaminated with wheat our or wheat starch to reduce cost and, depending on where you are and how the products are packaged, it’s possible that they could be cross-contaminated with gluten sources.

In 2013, the Canadian Food Inspection Agency (CFIA) published a report that was revealing. 268 domestic and imported samples of ground spices were collected from retailers across Canada and then tested for gluten levels. 24% of the samples contained detectable levels of gluten. Looking more closely at the positive samples, there was a significantly higher ratio of contaminated samples for products that were imported than domestic (58 products/5 products), with cloves, mace, and coriander with the highest gluten levels.

However, the CFIA, in consultation with Health Canada, concluded that 97% of the samples that had detectable levels of gluten did not pose a health risk. The reason for this was the consideration that spices are generally not consumed unless they are part of another food. Since levels of gluten are typically measured as the number of parts per million (PPM) in a finished food, the total amount contributed by a spice could be even less.